Inflation grew by 7.5% in January, and with the prospect of continuing non-discretionary price increases impacting consumers in 2022 — plus venues facing their own cost increases due to supply challenges and labor increases, out-of-home entertainment venues find themselves at a crossroads.

On the one hand, costs are up — and perhaps it is perfectly reasonable (and to be expected) that venues would past these additional costs on to customers. On the other hand, many lower and middle income consumers now find themselves strapped for cash with non-discretionary costs rising faster than wages. As consumers become more careful in their spending, they may be more included to choose activities with lower price points and higher perceived value.

Consumers Are Worried About Their Finances

Preliminary results of the February, 2022 University of Michigan Consumer Sentiment Survey indicate that U.S. consumers haven’t felt this concerned about the economy since 2008. The December edition of the survey indicates that this is largely driven by worry about higher prices, and a significant proportion of consumers expect that their financial situation will decline over the coming year.

Expected Change in Real Income During 2022

While it’s true that consumers on the whole expect to earn more money in 2022, they expect any wage increases to be outrun by increased costs. This is in some part due to the increase in news about higher prices that they are hearing, but also by significant price increases at the grocery store and gas pump.

Consumers are struggling to make ends meet. In the February 2022 NYT Momentive poll, 55% of workers say they’ve received a pay raise in the last year, but almost half of them say it wasn’t enough to keep up with inflation. 89% of respondents say they’re worried about inflation, and over three-quarters of consumers say they expect it to continue for an extended period.

Concerns about real wages/income have caused many consumers to refocus their spending plans for 2022. While many say that they expect that they are going to have to spend more on groceries, food, childcare and education, they plan to spend less on out-of-home dining, out-of-home entertainment, and vacations.

The data from NeilsenIQ above is consistent with findings form McKinsey & Company, who heard from consumers that they plan to “treat themselves” less this year than they did in 2021. Note that Travel & Vacations is down by 22 points, and Out of Home Entertainment is down by 7 points.

The impact on out-of-home entertainment attractions is likely a mixed bag. Upper-income households aren’t going to be impacted by inflation as lower-income and medium-income households. So depending on the demographic profile of your audience your impact may be limited.

If, on the other hand, you target mainstream consumers, you will likely want to be thoughtful about the fact that in real dollar terms, these consumers are feeling the pince. They’ll be a lot more thoughtful how they spend their much more limited discretionary dollars, and competition among attractions, venues, and activities will be fierce.

“US consumer sentiment and behaviors during the coronavirus crisis,” McKinsey & Company, December 14, 2021 https://www.mckinsey.com/business-functions/marketing-and-sales/our-insights/survey-us-consumer-sentiment-during-the-coronavirus-crisis 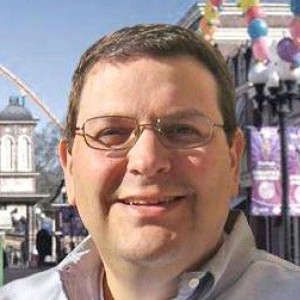 Carousel Insights is a marketing/research consulting practice focused entirely on retention marketing for out-of-home, location-based entertainment. All we do is help out-of-home experiences (both entertaining and educational) grow attendance, revenue, and customer lifetime value through insights, CRM/personalization, and revenue management.